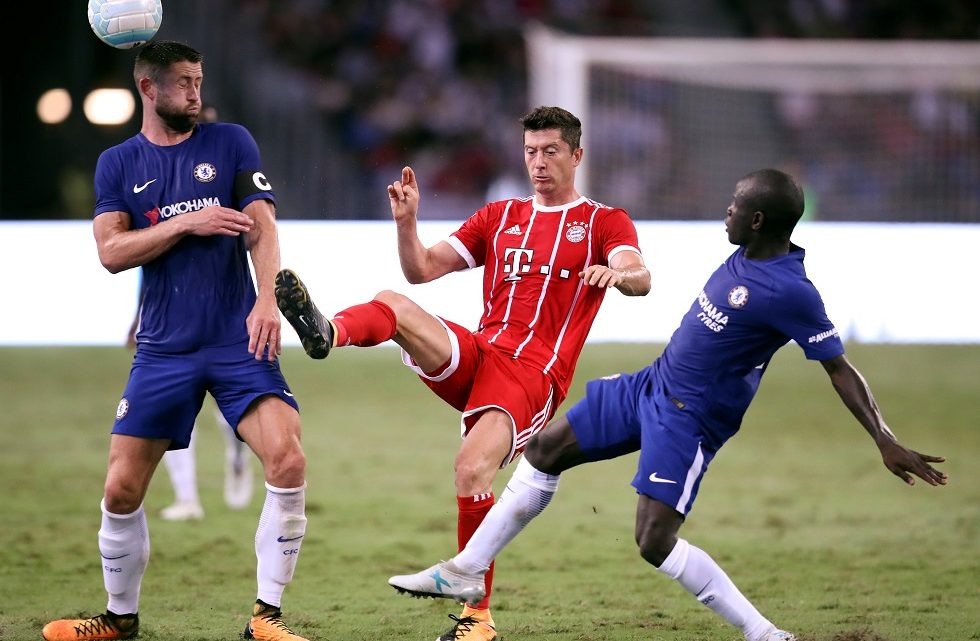 Chelsea will play against Bayern Munich in Champions League and we got Accurate soccer prediction for this match. The game is on Tuesday, 25 February from 20:00 UK at Stamford Bridge.

Chelsea is in 4th place in Premier League with 44 points from 27 games. In their last match, the team of Frank Lampard got a very important win at home against Tottenham 2:1. Before that win, the Blues failed to win in 4 games in a row. However, by beating Spurs, Chelsea remained in the top 4 but they had only 3 points more than Manchester United and 4 more than Tottenham and Sheffield United.

The battle for the top positions in the championship will be till the last moment and Frank Lampard needs to make sure that his team will not fail to win matches in a row again if they want to play next season again in Champions League.

Bayern Munich is in the 1st place in Bundesliga with 49 points from 23 games. After the winter break, the Bavarians are unbeaten and won 5 of their 6 games in the championship. The only match that they failed to win was against RB Leipzig at home which finished without goals. In their last game, they beat Paderborn 3:2 after a winning goal from Robert Lewandowski in the 88th minute.

In that period the team of Hans-Dieter Flick also beat Hoffenheim 4:3 at home in DFB Pokal and will play in the next round of the tournament. However, their lead in Bundesliga is only one point as Leipzig got 48 points and there is still intrigue if they will win another championship.

Chelsea finally won in their last match but the team that they beat – Tottenham was without strikers. This will not be the case against Bayern Munich which got one of the best offenses in the world.

The weakness of the team from Germany is their defense which we saw against Paderborn so I think that we will see goals from both teams in London. Accurate soccer prediction: BTTS